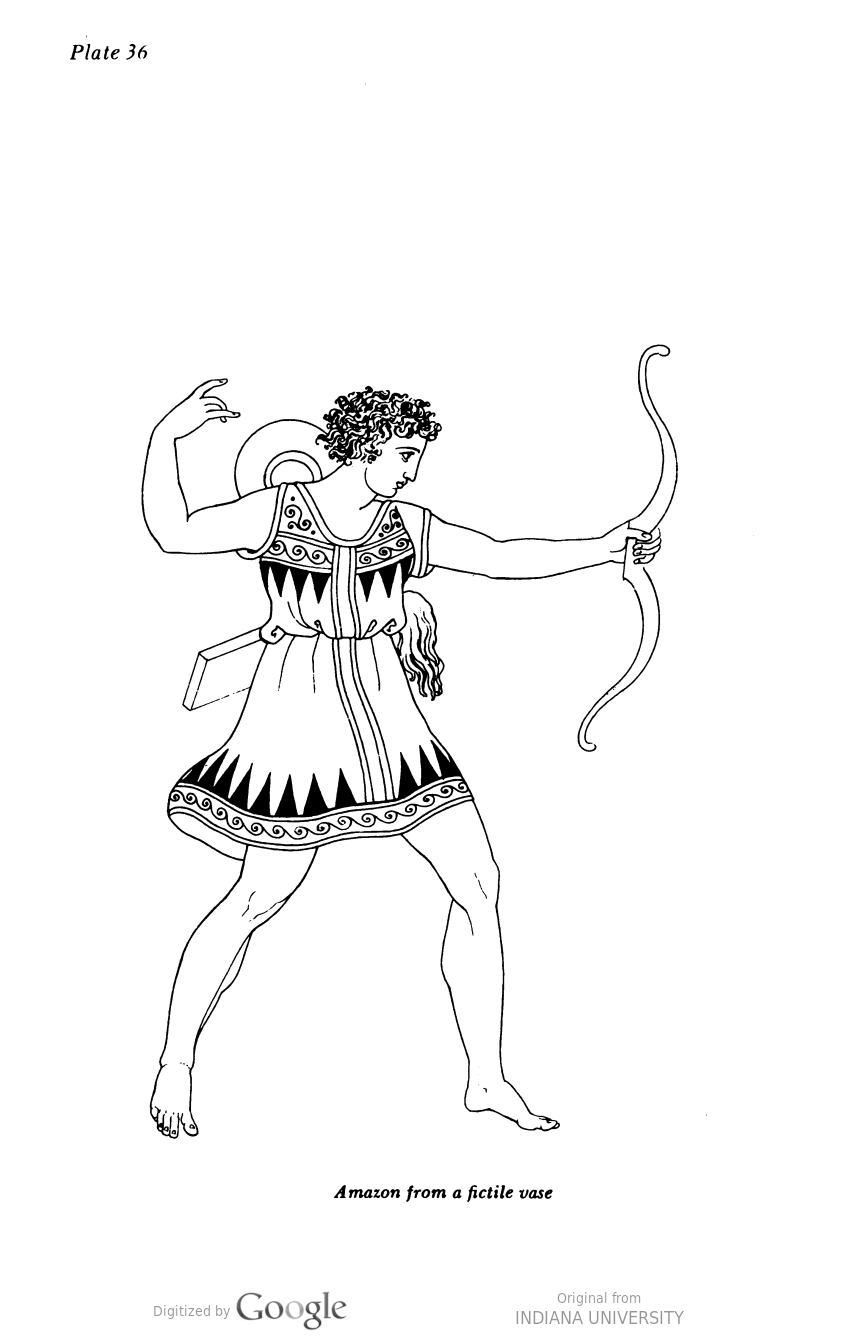 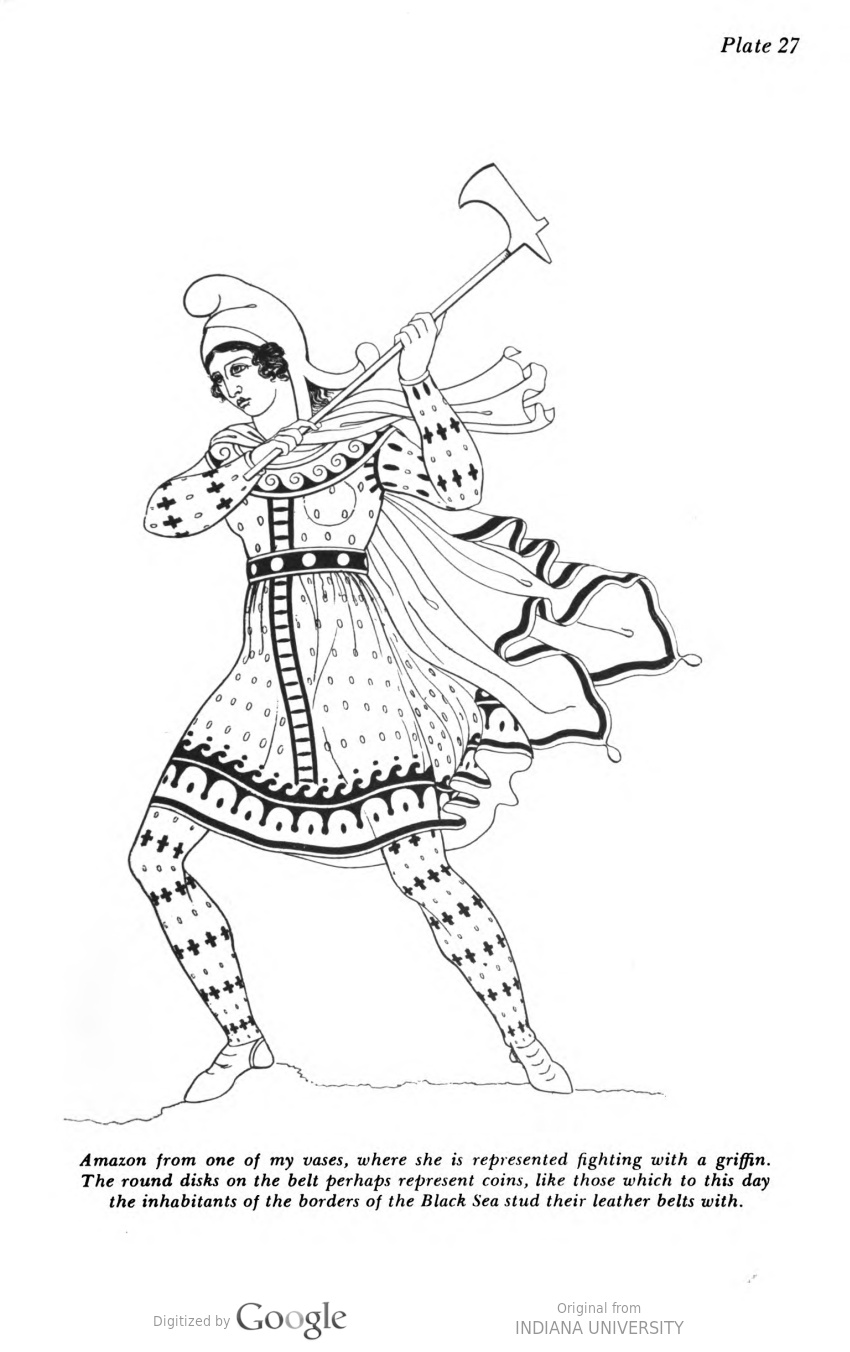 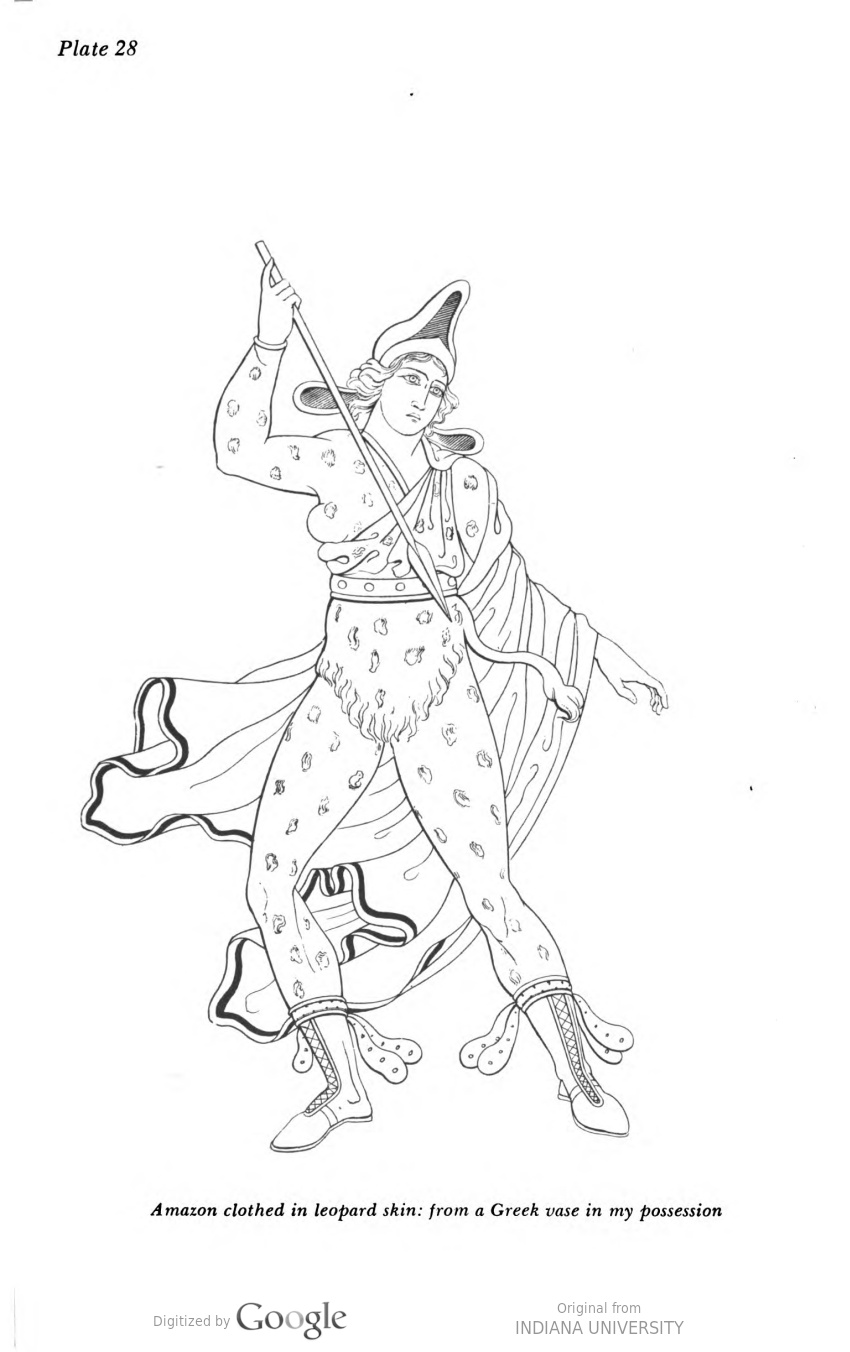 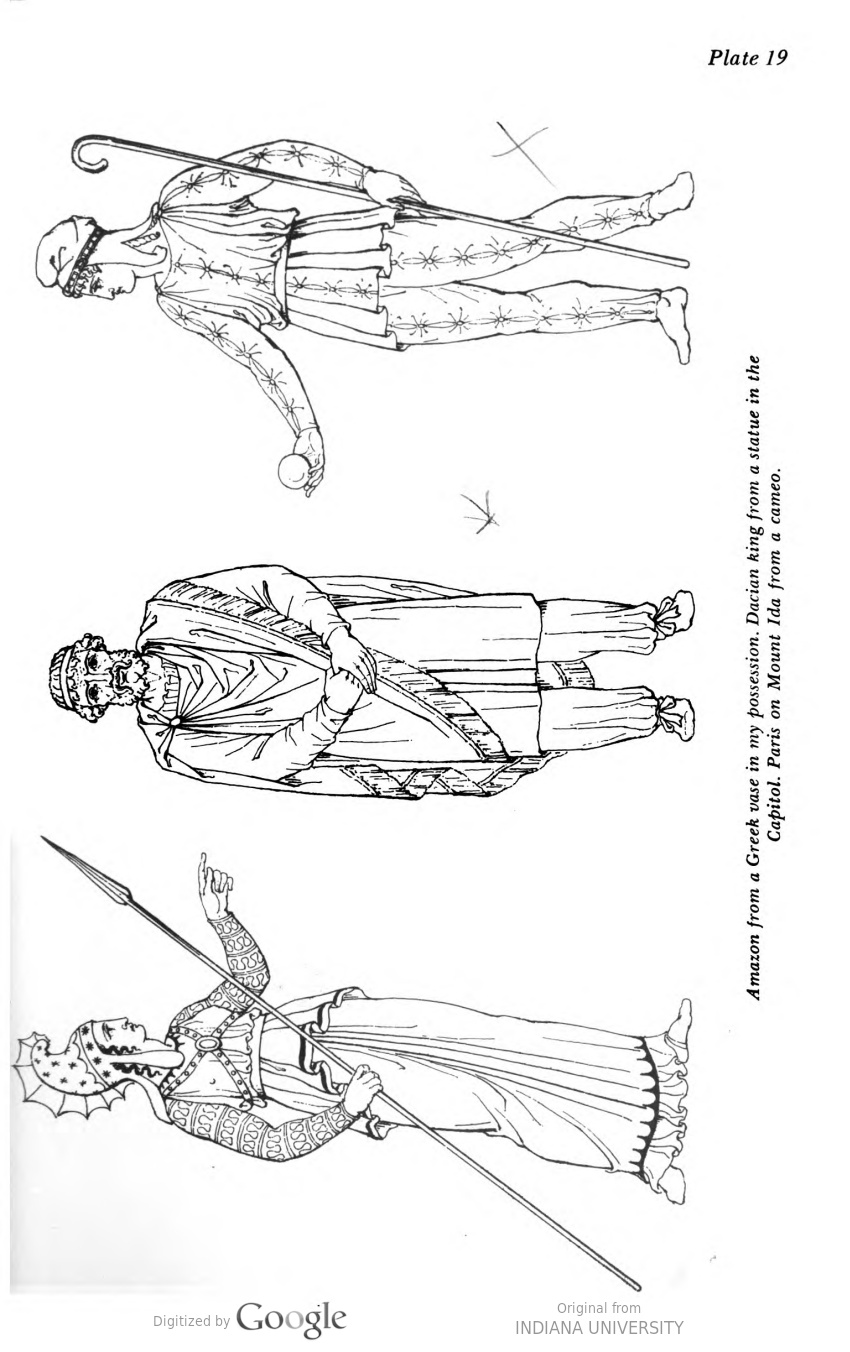 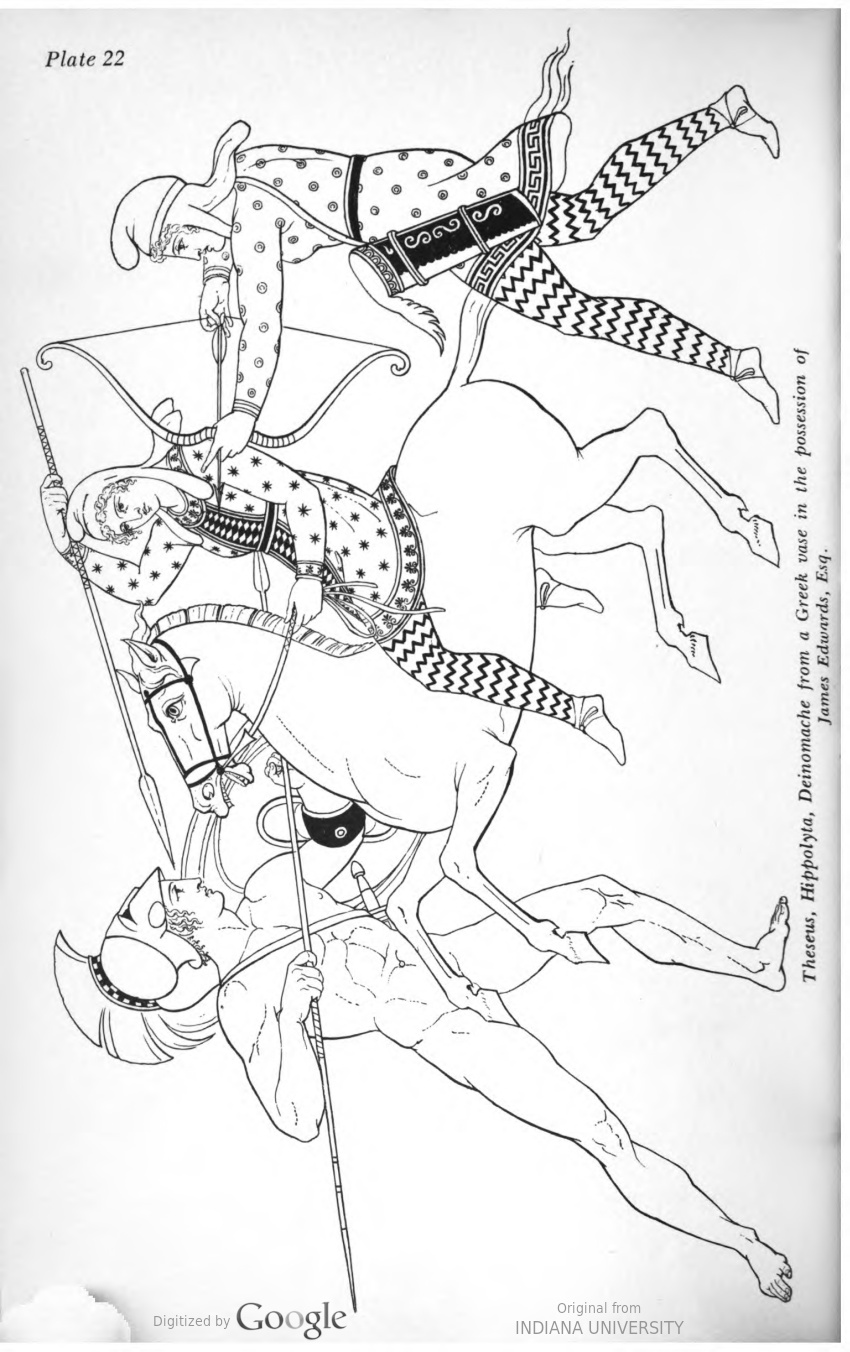 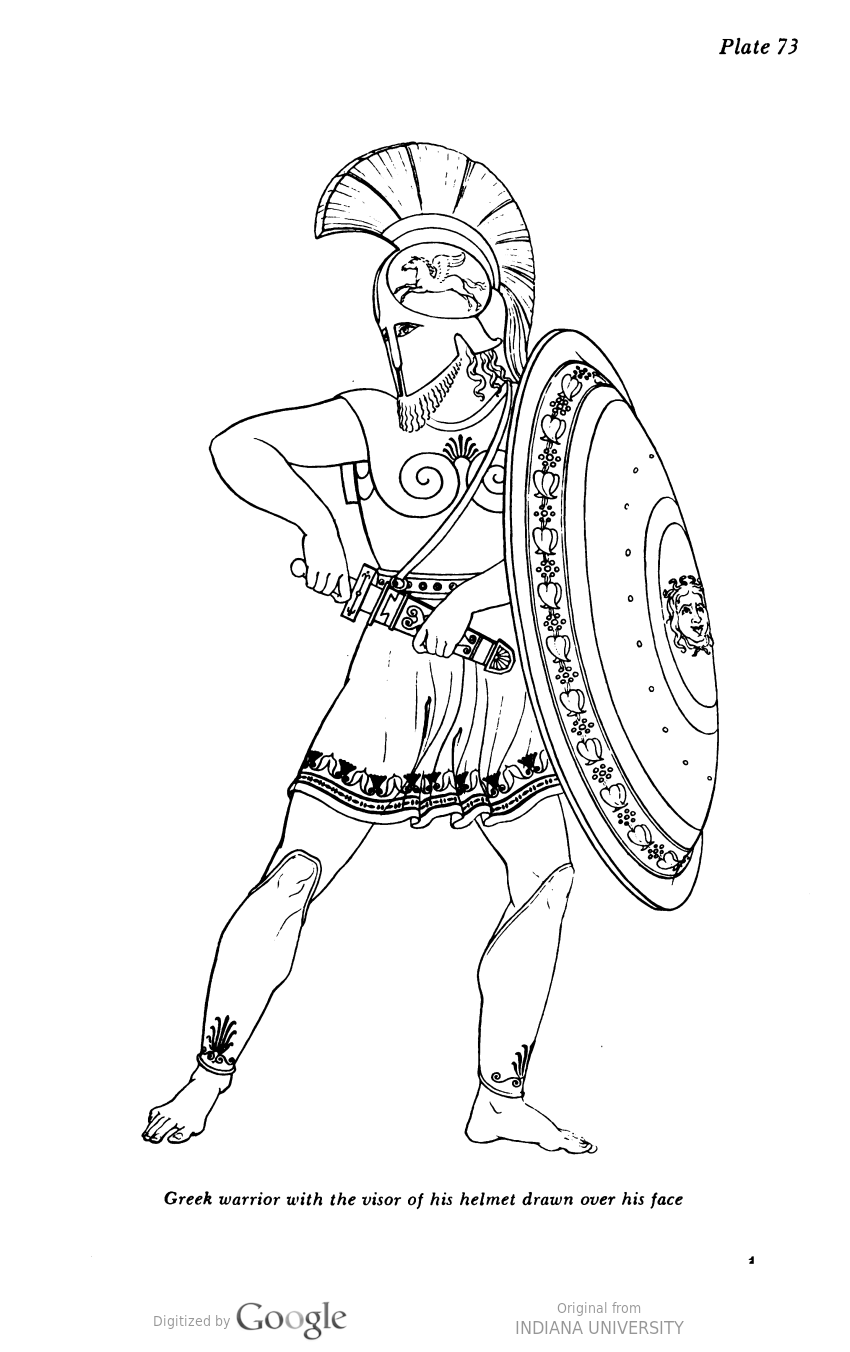 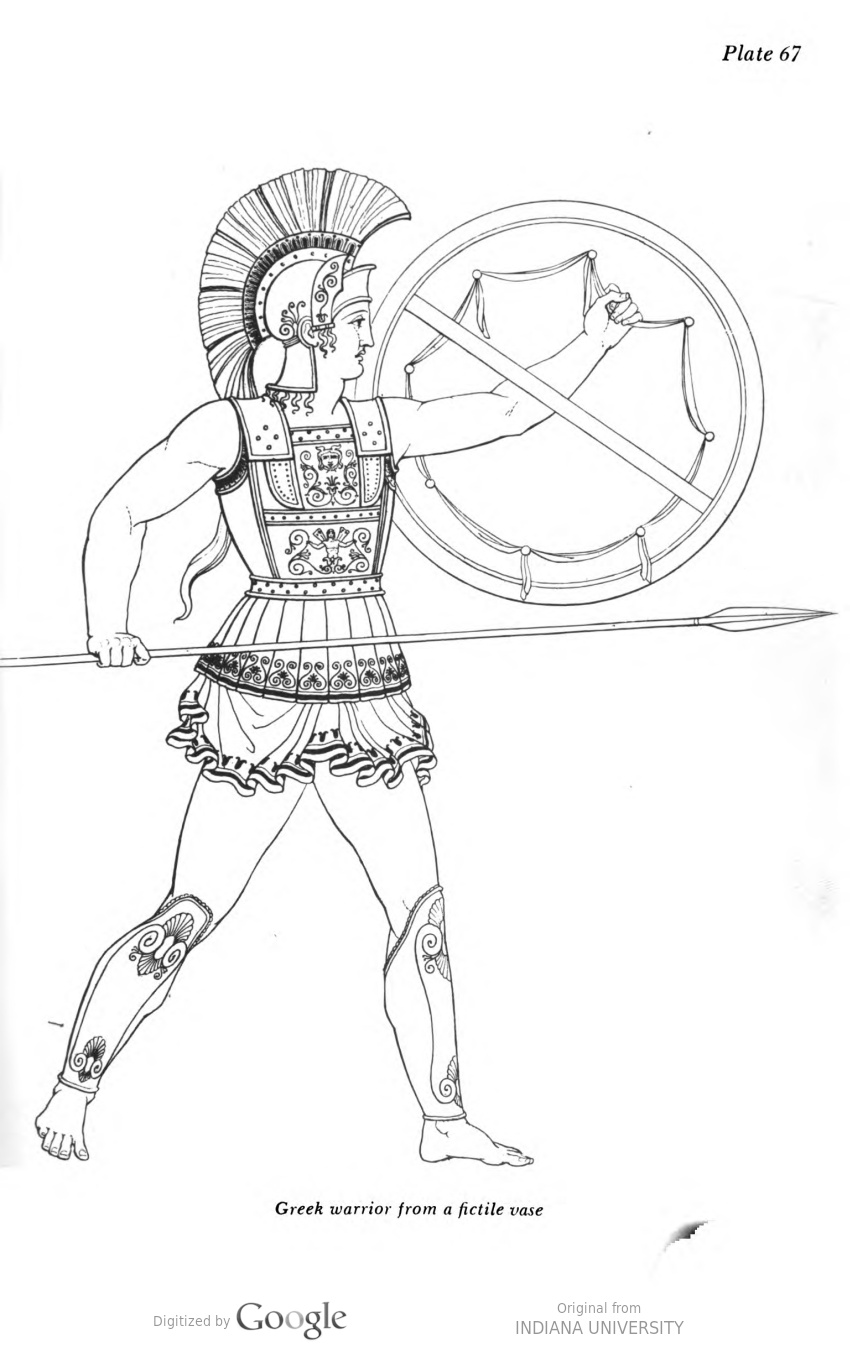 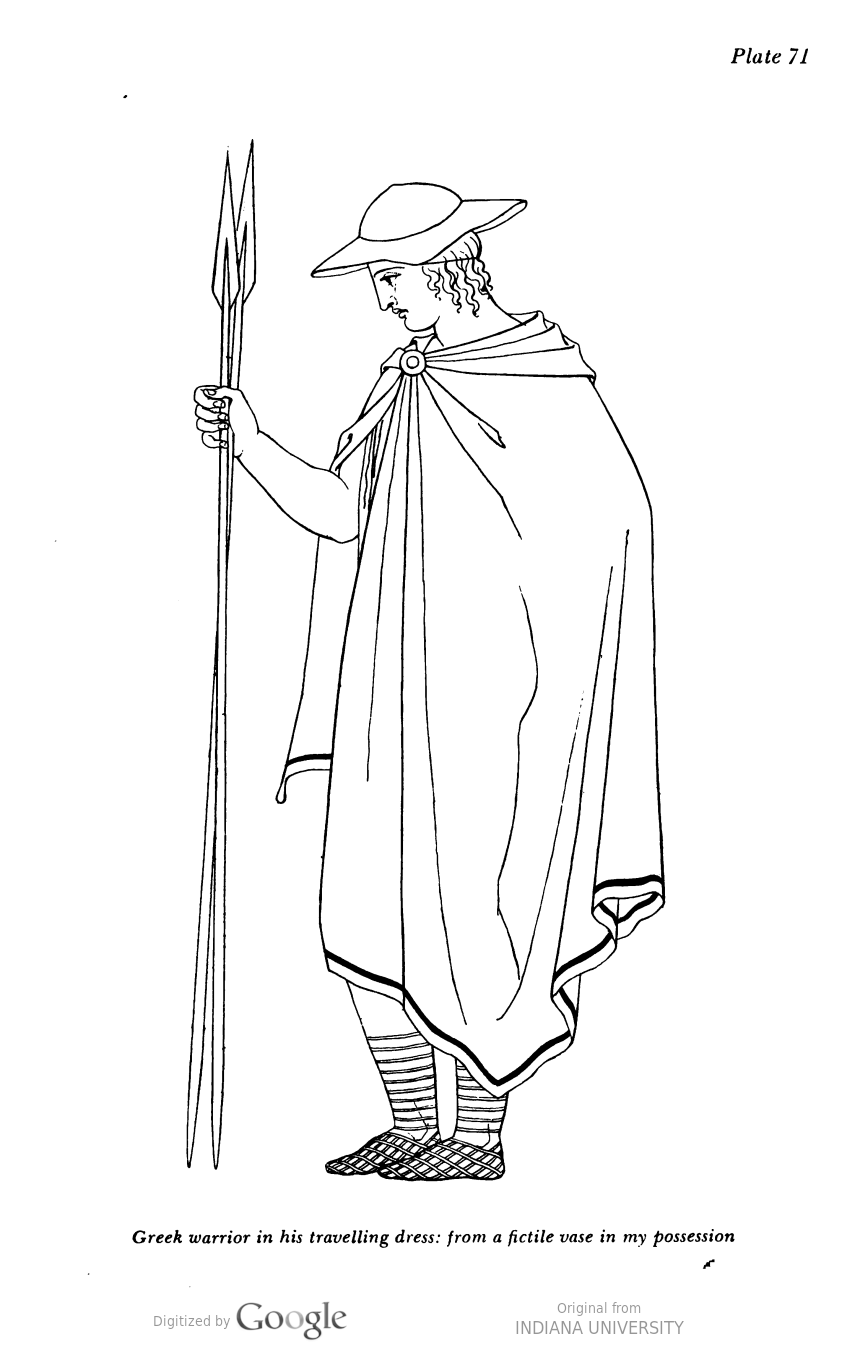 Through the different civilizations that existed in the human history, each age and era had certain social aspects that made them stand apart from each other. One of such aspects, and a far important one, is the popular clothes and dress of the people used to wear in each respective culture that lived within those civilizations. And when it comes to the famous clothes in ancient Greece, there were quite a few dresses that were not only popular back in the ancient times, but also have had an impact in the subsequent cultures that branched out from the ancient Greek civilization. People in ancient Greece wore clothes that were home-weaved and quite often very colorful, and one look could tell that those clothes were much influenced from the dressing popular since the most ancient of the Egyptian civilization. To round things up, here is a list of top 10 famous clothes in the ancient Greece.

Usually the Greek children did not wear anything and would stay naked most of the times, especially when they were within the bounds of their houses, which they were for most of the times. But when they were wearing something, it would be a diaper made up of cloth that would be wrapped around their waists. It was quite unusual for children to wear full on dressings such as chiton or even footwears. Only once they reached a certain age appropriate for schooling and teaching would they wear other clothes as worn by the adults.

It was a piece of cloth that used to be worn over Peplos or Chiton by people in ancient Greece. To put it in a word, it was the “Shawl” for the ancient Greeks. It is said to be more popular with the Doric chitons which had no sleeves, and it is an obvious guess that Epiblema used to be more popular among women, especially when they had to stroll outside the comfort of their homes. These epiblema were sewn in different colours and were most frequently donned in the season of fall. It is also noticeable that Greek who often attended the senate, and other officials associated with the government also used to wear a certain Epiblema during working hours.

One would not conventionally associated the practice of wearing a veil in public to the women in ancient Greece. This custom has been more popularly associated with civilizations that have had eastern influences. But according to a recent study, things could not have been more surprising which states that ancient Greek women routinely wore the veil. The Greeks who are quite often credited as the firsts to have adorned civic openness are also revealed to have norms much like the eastern civilization’s seclusion for women.

Classical Greek and Hellenistic statues sometimes depict Greek women with both their head and face covered By veil. Popular historian Lloyd Llewellyn-Jones, who also wrote one of the most detailed books on ancient Greek clothing, states that it was very common for women (particularly those with higher status) to cover their hair and face in public.

Wearing belts are a common culture among the Greeks. And it was a preferred fashion choice to put on a belt around waist to tuck the chiton. Similarly, a belt could also be fastened around a loose fitting chiton or chiton like dressing, especially around the area of the chest or below it. This sort of belt was quite popular among the women in ancient Greece. And this breast-belt or breast-band (referred more often) was called the strophion. In a way, it was the ancient Greek representation of the modern day bra that women are quite used to wearing, except for that Greek women used it as an outside band, in contrast to the modern practice of using it as the innermost layer.

Footwears have far older history than the ancient Greek civilization. While versatile and stylish options began to appear in the late Middle Ages, the shoes of ancient Greece were largely utilitarian. At home, the greek would preferably walk around barefoot, but outside while travelling they would wear leather sandals, a typical footwear known as carbatine. This sandal originated way back during the origin of ancient Greek civilization. A standard sandal featured a single piece of leather secured to the sole of the foot with laces, which pulled the tops of the shoes together when tied, leaving the toes exposed. This type of footwear was worn until about 1000 A.D.

In addition to the leather sandal, the Greeks also wore a boot like footwear called the Cothurnus. This footwear was also made from leather with red straps in the front. Its boot like shape could cover up the whole foot and had thicker soles too.

Now for those who you who are not familiar with this aspect of ancient Greece, nudity was at times a norm in those time, but it depended on the occasion and the place. For instance, the Spartans had rigorous codes for training and did their physical exercises naked. Spartan women, as well as men, would sometimes be naked in public processions and festivals. In the case of women, this practice was designed to encourage virtue while the men were away at war.

During the classical Greek era, male nudity has had some rigorous changes following some sanctions. Male athletes could participate in competitions such as ancient olympics in nude, whereas women were barred from participating in any of the events.

This particular piece of cloth came in the picture somewhere around 6th century BCE. It was worn both by men and women, and had a similar purpose to that of Chlamys, to be used as cloaks and worn over Chitons. Though no physical remnants of himations have been discovered, statues and decorations found on pottery suggest that these garments were often dyed bright colors and covered or bordered with intricate designs that were either woven into the fabric or painted on. These himations were especially used on long journeys.

Men usually wore the himation alone, but some preferred it right over a chiton. When men wore himations, they made sure to keep the edges from dragging on the ground because to do so was considered in poor taste.A bare left shoulder was taken as a sign of barbarism, so men used to carefully wrap it around their left shoulders. Greek women preferred wearing the himation in a variety of styles. The symmetrical style, where it was basically used as a larger veil, was popular among many others.

This body length garment was the most common attire that women in ancient Greece would most commonly wear. Somewhere in the middle of the classical era, by the time around 500 BC, people was indeed the most popular attire among women in Greece. It was a long, tubular cloth with the top edge folded down about halfway, so that what was the top of the tube was now draped below the waist, and the bottom of the tube was at the ankle. The garment was then gathered about the waist and the folded top edge pinned over the shoulders. The folded-down top of the tube provided the appearance of a second piece of clothing.

An interesting fact is that the ancient Greek used to perform rituals and choose a certain set of girls to weave new peploses out of enormous raw clothes. This chosen group of girls would spend nine months to make the sacred peplos.

This piece of cloth was popularly used both by men and women in the ancient Greece as a sleeveless shirt, and was at the height of its popularity since the Archaic period (750 – 500 BC) to the Hellenistic period (323 – 30 BC). This rectangular piece of linen used to be draped around in many different way – the most popular way requiring fibulae to keep them in place on the shoulders and a belt on the waist. Chiton were of two types – the Doric chiton and the Ionic chiton.

The Doric style came much earlier in the scene. It was much simpler, had no sleeves and was usually pinned, sewn, or buttoned at the shoulder.The Ionic style was made of a much wider piece of fabric, and was pinned, sewn, or buttoned all the way from the neck to the wrists and the excess fabric gathered by the zone or girdled at the waist. By the late Archaic, Ionic chitons had become more common, especially for men. The sleeved chitons were much popular among priests and actors.

This ancient Greek piece of clothing used to be the modern day version of cloak back in those times. Made from a seamless rectangle of woolen material about the size of a blanked which usually was bordered, people wore it by pinning a fibulae on the right shoulder. Since its first appearance in the ancient Greek fashion, Chlamys saw gradual modifications in the way it was donned. Originally it was wrapped around the waist like a loincloth, but by the end of the 5th century BC it was worn over the elbows. It could be worn over another item of clothing, but was often the sole item of clothing for young soldiers and messengers, at least in Greek art.

It became the typical military attire for Greece from 5th to 3rd century BCE. The soldiers would wrap it around the arm and even use it as a light shield in combat. Chlamys were in the limelight up until the Greek speaking Byzantine empire which covered the eastern section of Roman empire.

The people in ancient Greece grabbed the concept of already available clothings that came from civilizations prior to them, and creates a certain set of clothes that suited them, along with their physiology. From chitons, peplos to brasseries like strophion to leather sandals, the dressing culture had a huge impact in the clothing habit of the subsequent Roman empire and many other western civilizations that came down the line. Especially the cloaking cloth like Chlamys went on to have a huge impression on the societies that donned Christianity as their religions – since famous christian preacher Jesus Christ went on to wear a cloak quite similar to the Greek Chlamy throughout his life.